The recent update regarding the new Facebook News Feed feature is causing some publishers to panic, and question how to reach their audiences through the world’s largest social media platform.

Facebook will begin to start showing less articles, less marketing content, and fewer ads. Yikes! That’s a significant change to the Facebook News Feed that we are all used to.

So, what will users see more of now? According to an interview with Adam Mosseri, Vice President of News Feed at Facebook “the idea is to try and focus more on bringing people together by trying to put more emphasis on facilitating more meaningful interactions on social between people.” Users will begin to see more of what their friends posts: vacation photos and videos, a relative’s graduation, and events.

Over the past few years, Facebook has transformed itself from being a social media network to an online news outlet and advertising platform. So, why is it changing now?

According to Facebook CEO, Mark Zuckerberg, the increase in articles and marketing has created an imbalance that’s “crowding out the personal moments that lead us to connect more with each other.”

Based on Facebook’s research and third-party studies, he commented on how people are generally happier when they use social media to connect with people that they care about. What is not considered beneficial to one’s overall well-being is “reading articles or watching videos” that are informative or entertaining.

In the past, Facebook has encountered numerous editorial issues, such as trying to remove fake news, and policing what people can and can’t publish on Facebook (and Instagram). Some users could get away with publishing misleading articles–ranging from political news to fake celebrity deaths–to explicit content that included photos and videos.

For example, one incident included a Norwegian news editor who was blocked for publishing an iconic photo of a naked Vietnamese girl fleeing a village during the Vietnam War. The editorial team at Facebook found it was “difficult to create a distinction between allowing a photograph of a nude child in one instance and not others” and removed it. After receiving backlash from the community, the post was republished.

Will the Publishing Industry be Impacted by Facebook’s News Feed Changes? 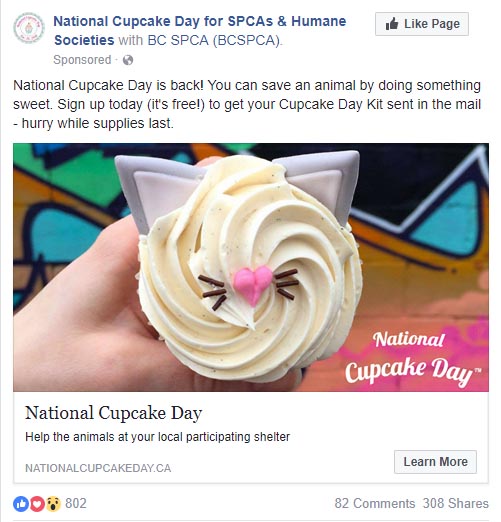 Pages that your friends and family interact with will appear more often on your News Feed.

At the moment, it’s difficult to say if Facebook’s News Feed changes will impact the online publishing industry as a whole.

Chris Nelson, Chief Operating Officer at Perk.com Canada, shared some words of wisdom regarding this question:

“The short answer is, we don’t know yet. There has a been a fair bit of ‘the sky is falling’ coverage, as there typically is when an algorithmic change is announced, but it’s all speculation at this point. The reality is that organic News Feed reach has declined so significantly over the last few years that most publishers have already evolved their content distribution strategies away from complete dependence on Facebook’s News Feed. I think it’s likely that publishers who have invested heavily in a video-centric content strategy may be disappointed with the outcome, because I suspect that the ranking factors, which give preference to video, will be scaled back, and allow for other types of content that create ‘meaningful interactions’ to surface more readily. If you’re a brand who already facilitates meaningful interactions with your audience, you may be unaffected, or even come out ahead, as a result of this change”

Facebook is putting less emphasis on article content on their platform, and publishers may see a dip in traffic. Now is the time for publishers to refocus their SEO efforts and work with their Google Partners to make sure their content receives attention.

How Will Facebook’s Ads Costs be Affected?

According to Mosseri, “Ads is a separate system. So in terms of this ranking change, it doesn’t apply.”

Right now, it’s hard to say if Facebook Ads will cost more. Many publishers who use Facebook Ads to reach their audience on a day-to-day basis are monitoring the situation and preparing for any potential impact the changes will bring.

“The latest changes to Facebook’s News Feed will be a new hurdle for advertisers to overcome. Advertising costs will likely rise as businesses scramble to purchase ads to replace the lost organic exposure, along with a more limited supply of advertising placements, as friends and family posts are prioritized.”

“I think the change will ultimately be a good thing. Prioritizing content that is more meaningful to a user will remove some of the clutter and make room for brands who are creating and investing in high-quality content. At the beginning, News Feed space will be limited and the demand and costs will likely be high, but at the end of the day, it will all shake out as competition (from the low-quality advertisers driving up prices) starts to drop off.”

Is There a Way for Publishers to Stay in Their Audience’s News Feeds?

With Facebook’s algorithm changing, publishers will see less organic reach, less referral traffic, and less video watch time. However, there are some ways to “hack” the algorithm to work in your favor.

If you read in-between the lines of what Mosseri stated with his interview at Wired, you’ll find the following:

“Comments are more valuable than Likes. Meaning content that inspires comments, specifically, long comments which actually take time and thought to type out will be a positive ranking signal for the algorithm which will lead to increased distribution of the content which sparked the lengthy response.”

The New Update Will Focus on Long Comments vs. Short Comments

“We find regularly that if you take the time to actually write a more thoughtful perspective on something that correlates positively with a comment that someone actually would respond to or Like.”

Facebook groups are known to be full of meaningful conversation between users from around the globe, and are becoming “increasingly active and vibrant. It’s possible to expect that content and discussions that are posted to Facebook groups will receive more distribution in the News Feed following the update.

Content That is Talked About and Shared Will be Distributed More

“News content that is more directly consumed by users – that they don’t actually talk about or share – will actually receive less distribution as a result.”

If there’s anything to take away from this, it’s that you need to rethink your Facebook strategy and find new avenues to get into your audience’s News Feed, from creating “share-worthy” to conversation-driven content that’s more than just a tag and a Like.

Facebook launched a “See First” feature in June of 2015. Essentially, this feature allows users to specifically see content from friends and pages at the top of their News Feeds.

Teaching your users to select the “See First” feature on your pages before the update is implemented should be done right away, via video or a photo.

Curate a list of Facebook groups that align with your brand’s persona–from their likes to interests and characteristics–and then focus on the quality of the group. For example, how many users does it have? How do they interact with posts? Is there a lot of conversation going on?

Using Facebook groups will give you an edge over any competition, and get your content out there without you having to spend a dime.

Instead of posting every single piece of content you own, publishers will have to think more strategic about the type of content they post. Publishers will need to focus on promoting meaningful interactions among their audiences in order to be prioritized in the News Feed.

With these new changes coming into effect soon, publishers will need to use a few different methods in order to ensure their content is visible on their audience’s News Feed:

Brittany is a Digital Content Coordinator at Perk.com Canada who focuses on the health properties of the company. She enjoys taking on new projects and responsibilities to expand her knowledge and skills, such as writing for Buzzfeed and Diply, and representing Hootsuite. These opportunities offer her new challenges, and allow her to reach new heights.